It's The Great Cookbook Poppy K! 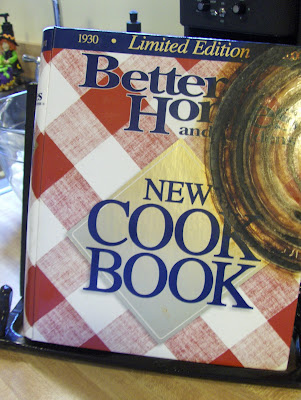 The beginning is not for the weak of heart.
A long, long time ago, in a galaxy far, far away...
There was a me.

This me was young, dumb and in love.

This other me got married.

And as a gift to the bride my mother, MommaBean, gave to me this cook book. (She gives a copy to all new brides!)

As you can see the cookbook fared as well as my marriage!

However, this, I still love, cherish and adore with all my heart.  It has some of the greatest recipes ever!

For instance﻿ the apple pie recipe.  I have made this recipe a million times, sometimes adding things like caramel bits to make Caramel Apple Pie, and every single time anyone who eats my apple pie loves it.
Way back at the beginning of the month Mr. Wonderful and I went to the apple orchard down the street.  We bought all the goodies there were to buy and when we got home from our outing I cooked up a big pot of chili and baked my first pie of the year! 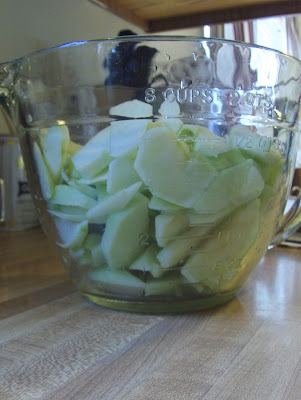 ﻿6 Cups of apples thinly sliced
This bowl we inherited from Mr. Wonderful's Grandma. I love it. 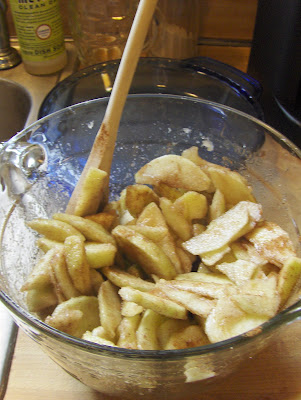 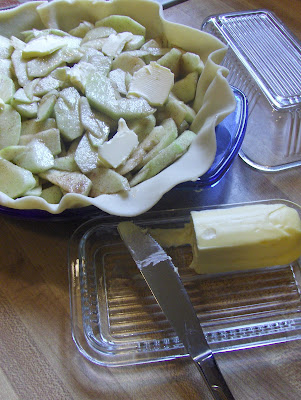 Plop it in the pie crust with some butter on top
I usually make it from scratch but I cheated & bought this one, which was not as good. 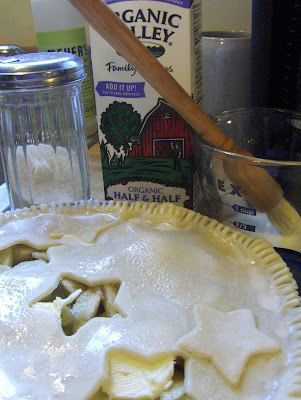 Stick the top crust on and seal the two with a fork
We don't have milk in the house so I used some half & half to brush on the top
And instead of cutting slits in it, I used a cookie cutter and cut out stars... aww, how cute!
Then you pop it in the oven! 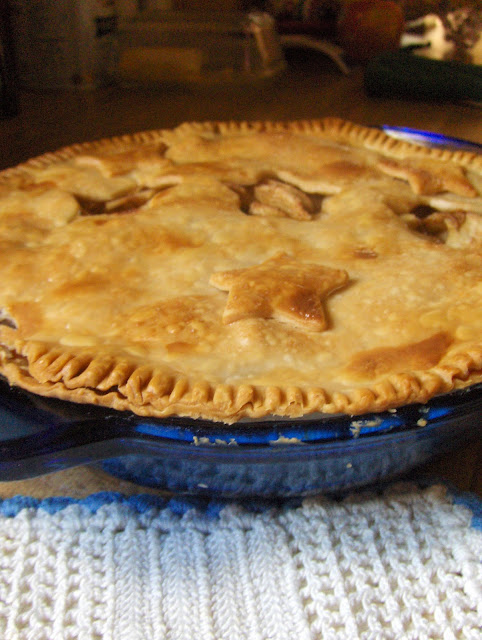 ﻿Voila!
The yummiest appe pie ever!
Later I'll post what whacky-ness I came up with today for this apple pie recipe...
I've been slaving away in the kitchen all morning but now it's sit back and watch a movie while Mr. Wonderful slumbers!﻿
Posted by Poppy at 3:11 PM