My niece, Princess Pretty Face, has a birthday in October.  So every year for her birthday party I make some sort of Halloween type treat.

Two years ago it was 'Eyeball Cupcakes', last year it was a 'Cat Litter Cake' - both super yummy! I will have to look and see if I can come up with pictures...

Anyway, this year I made Skeleton Cupcakes.

She had seen a picture of them on the cover of a magazine (I cannot remember which) and this prompted her to beg in her best, most pleading Princess voice to pretty please Thea Poppy make skeleton cupcakes.

Of course being the World's Greatest Thea Poppy Ever.  I did it. 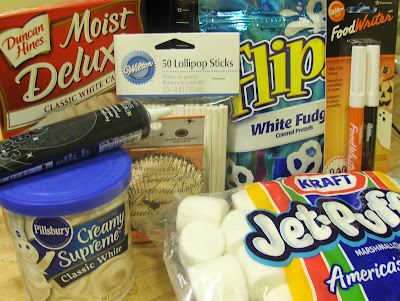 All of the ingredients are gathered... 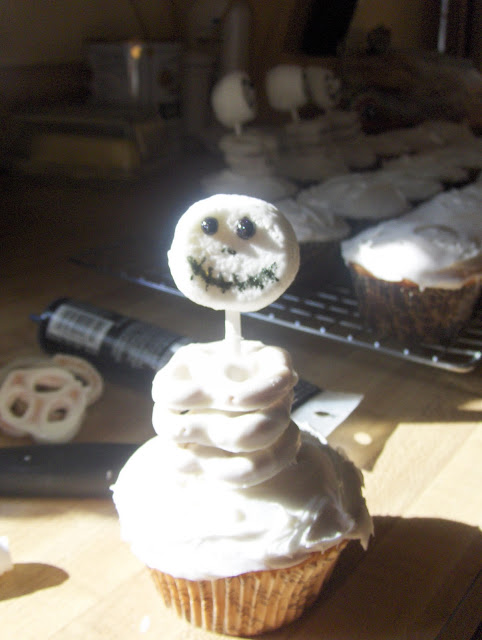 ﻿And Ta-Da! Here is the first of twenty - I called him The General 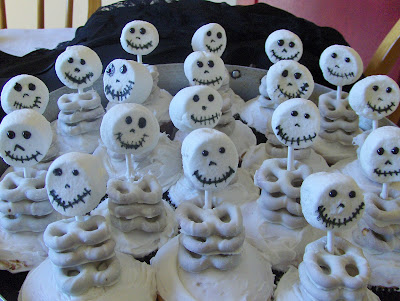 And here is the Skeleton Army!
They are missing their arms because I didn't think the arms would make the half hour trek...
And then I left the house without their arms.
They were a Leper Skeleton Army.﻿
Posted by Poppy at 8:58 PM