Two words for ya: Worm. Poop. 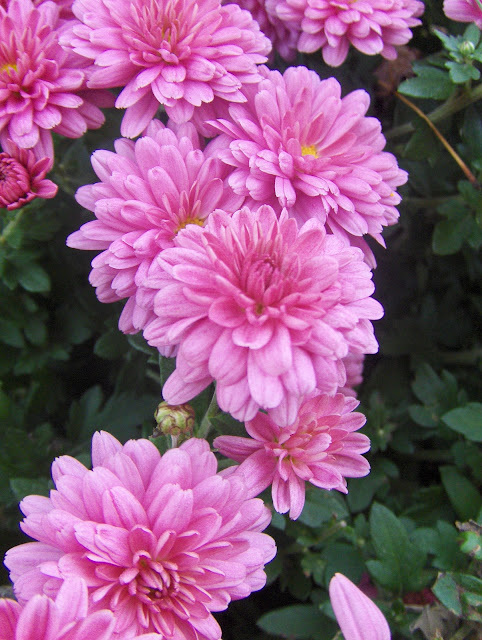 Last summer I bought on clearance some straggly, mostly dead mums and in my ever optimistic heart planted them in hopes that I wouldn't kill them.  I am not known for my growing prowess nor my ability to keep perfectly healthy plants alive.

The year before I had seen a documentary or a television show where they showcased: http://www.terracycle.net/

Last year I was able to buy the fertilizer at my local Target store.  Not so this year. I am going to look into ordering it directly from the website - but I didn't need it this year as evidenced below. 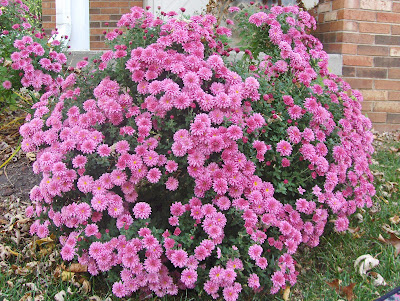 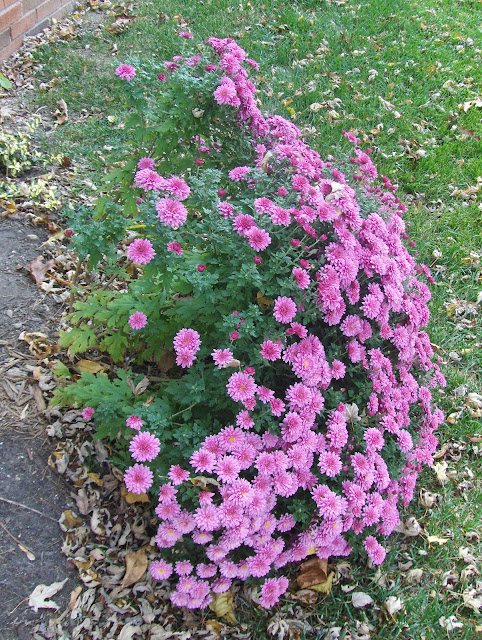 ﻿They got so gigantic they fell over
And this is just one of the three Mums that I bought.  They've gone bat poop crazy and taken over the front flower bed.  It's okay though. They're pretty.
There are quite a few different companies that sell the worm poop fertilizer out there.
Or you can have your own worm composting bin.
This is another thing Mr. Wonderful says no to.﻿
Posted by Poppy at 5:01 AM