No More Promises, No More Lies

Right.  There you have it.  If I don't make promises then I can't make a liar out of myself, right? It's only been SIX weeks since I said I would "post tomorrow" - Lies!

Ah well, it isn't as if there are hordes out there reading my blog and anxiously awaiting my next post with baited breath.

So here's a quick run down:

a) the concert we went to ROCKED (Rockstar Energy Mayhem Fest)! We had such a good, good time.  I got to see Godsmack (one of my Top Two favorite bands, ever) and Mr. Wonderful got to see Megadeth, who he loves, it was an awesome time with him.  Especially watching him enjoy it.

b) the Stink Experiment that I mentioned...
I bought some Organic Essential Oil Deodorant Spray 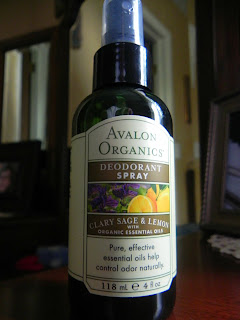 The stuff works like a dream.  I even used it went we went to the concert and let me tell you it was 98 degrees out with 95% humidity.  When I got home I didn't smell like beef stew and boot clad feet! You should try it, it really works!
c) A week and a half after that came this:
*all pics, except the first, were taken at my desk at work. In stealth mode.

d) the day after my surgery was Mr. Wonderful and our nephew, Handsome Face McGee's, birthday (they are birthday buddies) so there were cakes to bake, parties to attend and much fun to be had.  Even on pain meds.
e) Two weeks later was my own birthday (I love my birthday), which conveniently fell on a holiday weekend! Mr. Wonderful bought me, at my request, a Dyson Ball.  The purple one that is somehow made to deal better with animal fur.  The thing is a beast and I realize now that I have been living in filth my whole life because I didn't have this vacuum.
f) Labor day we went to the Detroit Zoo.
Let me ask you - what does not survive a trip & fall very well?

a) my pride
b) a Nikon camera﻿

c) all of the above.
Answer: C
I did however get a few good pics, some even after the camera was banged on the ground

There are lots more but I don't want to take up too much more awake and conscious time.  But, you'll notice, starting with the bear pic, the black smudgy shadow at the top of all of the pictures - that would be the lens seeing its own casing.  I need to take it to a camera repair shop. /sigh
g) last but not least last Friday I went to another music festival (Uproar Music Festival) , this time with my sister, Olive Picker, because Mr. Wonderful had to work.  I saw the other of my Top Two favorite bands - Avenged Sevenfold.
Awesome!
Outstanding!
Phenomenal!
I will always go see them whenever they come here!
I sent a text to Mr. Wonderful during the show and told him that I was changing my 'Gimmie' to the lead singer of Avenged Sevenfold.
He just sighed heavily.
Seriously though, look at how beautiful this man is!
*you can't tell there is a black smudge around the edges when it's dark!
And that, is how I've spent the exciting parts of my six weeks away.
I'm not making any promises or claims but hopefully I'll get my act together.  And soon.
Until next we meet....
Posted by Poppy at 8:12 PM