A round up of my week in Instagram photos - quite possibly a way for me to keep up on my blogging?

I heard your thoughts, mom...

My sister Cassie (Skunkbait) and I decided we're going to to do the 5k next year (if the Humira is still kickin')! 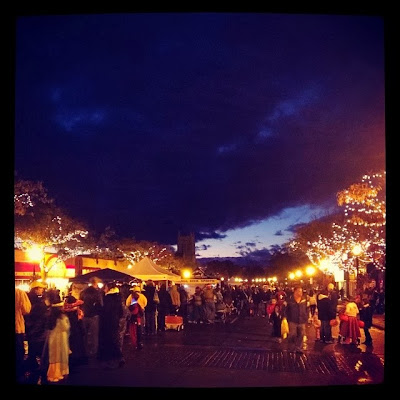 Until Sunday I wasn't able to figure out what the two large trees in orchard that flowered so prettily in the spring were.  They're quince!

We have two quince trees! However there were only 3 quince that I was able to find and the best one, that one there in the picture, was way, way, way up high.  Next year though? Quince jelly! 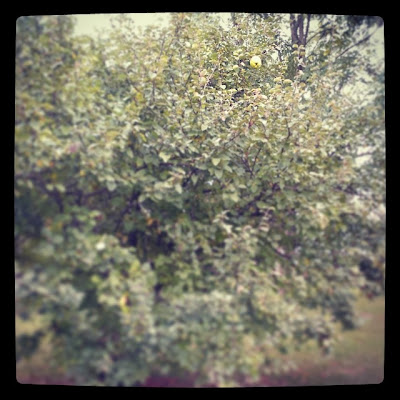 This year though? We have apples.  A plethora of apples.  A. Ton. Of. Apples.  The deer have been making pigs of themselves - only taking one bite and moving on to the next, jerks.  That is our second trailer load and third 5 gallon bucket.  And we aren't going to talk about the six crabapple trees with golf ball sized apples. 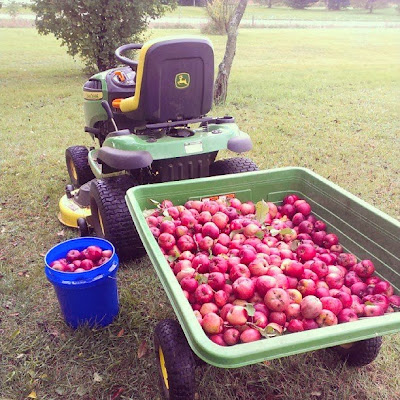 I have made apple pies, apple cakes, apple sauce and last weekend, as evidenced below, apple jelly and apple butter.

I hope everyone wants apple stuff for Christmas! 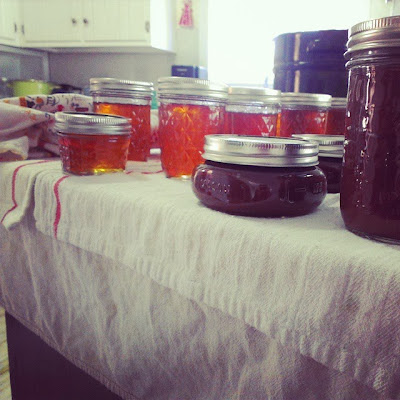 One of the docs I work with told me about the Phyllis Haehnle Memorial Sactuary where, at this time of year, you can go and watch the Sandhill Cranes where they gather/roost on their migratory journey.  I've been told, and have consequently read up on, that they come by the hundreds and thousands!

So yesterday, without warning to my Beloved, I decided that we would drive out there to see it.  Except I was expecting to stay in the car and snap pics out the window.  Instead, once we got there we realized that you ought to get out and walk the trails.  And we did, but we were so woefully unprepared - I was wearing my Dansko's, it was raining to beat the band & I had no umbrella, no gloves, but I did manage to scrounge up a wool hat that I had knit "for emergencies" in the trunk and y'all know I don't, won't, can't wear hats.

Long story short.  We only saw about 50 because I was cold, soaking wet and getting crankier by the second.  Next year though, It's on like Donkey Kong! 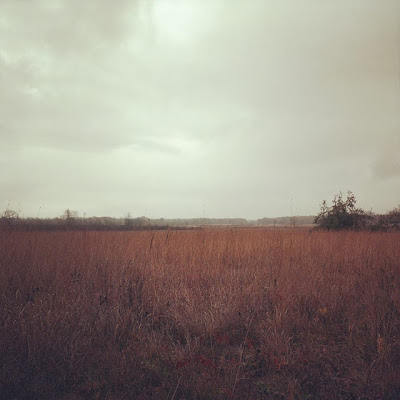 Today's excitement is more apples.  Apple scrap jelly and something I came up with all by myself, which I am calling, Apple Pie Jam.  Which is soooo freaking unbelievably divine.  I'll share the recipe once I actually make it more than once.  And get the actual ingredients down. 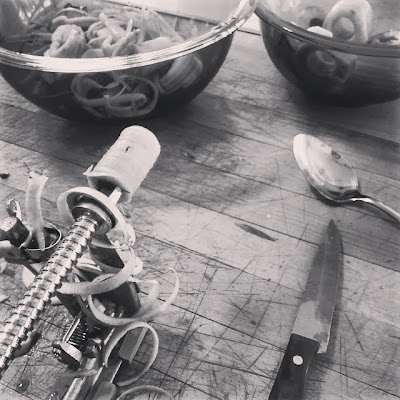 While I was slaving away in the kitchen with all. those. dang. apples. my Beloved decided that the roof on the pole barn needed some maintenance before the winter.  He's slowly turning the loft into his (and don't tell him I called it this) Man Cave.  Of course he didn't tell me what he was doing, only said "Peek your head out in a little bit and make sure I'm not laying on the ground broken" before he exited the building rather quickly.

Trying to not be a Mother Hen I waited nearly 20 minutes before I grabbed my cell phone, dialed 9-1 and had my thumb hovering over the 1 when I walked out to this....

I guess I can just be glad it wasn't the big barn.  Right? 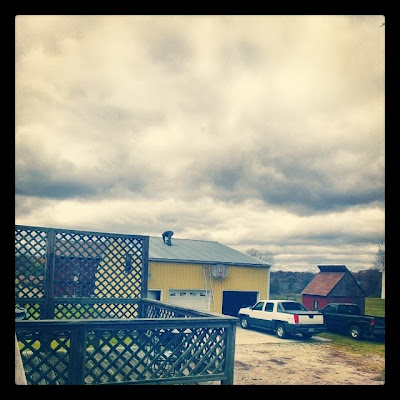