I spent entirely too long trying to think of a clever title that included information about this post (bees) and to ease my back into blogging.

Like everyone else summer time is our busiest time.

The garden performed beautifully, lots and lots of beans, tomatoes, zucchini, corn (corn! we grew heirloom corn!), peas, cukes and dill.  We have lots of pie pumpkins but they got stupid powdery mildew so they didn't get very big before the vines started dying.  We had two watermelons, one on each vine. but they started rotting on the vine where they were in contact with the ground?? No Stars and Moon watermelon for us.  Le sigh.

All of the chickens are doing well, the middle-girls haven't started laying yet so my Beloved is planning a movie night and showing Chicken Run. 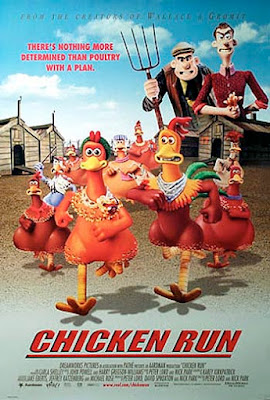 Padfoot was named by our 13 year old niece, who is a HUGE Harry Potter fan (uh, who isn't?), she named him thusly because he was born on the anniversary of the day that Sirius Black died.  Who even knows this stuff?? Darth Vader was born a day later and was named by our then five year old nephew who is obsessed (like, who isn't?) with Star Wars.  Thanks for picking BOYS names guys!

That's Padfoot in front, you can definitely tell his daddy was a Silver Laced Wyandotte.  He has a small rose comb- I don't know squat about genetics and can't even guess who his biological Momma is but Esmeralda the wonderfully mothering Buff Orpington raised him up. Darth Vader is quite obviously Emily the Barred Rock's offspring and Prudence the Jersey Giant was his surrogate mother.  Pru decided rather early that she was done being a mom so Es stepped up and took both rowdy boys on.

About a week after she gave up on the whole mothering bit Pru tried to go broody again but I disabused her of that notion rather quickly.

We have had some trouble in the hive.

My Beloved and I had gone to a tractor show (it's a new favorite past-time, so much fun!) and spoke to a beekeeper who told me that visiting my hive every few weeks was too much.  So, instead of following my gut instinct we didn't check the hive for a few more weeks.  Therefore we didn't know that they had gotten crowded and the queen decided to fly the coop.  I am so not blaming the beekeeper I spoke to, she was just giving me her opinion. One thing they said over and over at the bee conferences is that if you ask four beekeepers a question you'll get five answers.  It's all trial and error for even the most "experienced" beek (that's insider lingo for beekeeper, it's kinda like geek - you're welcome.)

When we did check the hive there were lots of swarm cells, we couldn't find the queen and there were no eggs. We did find capped brood though and saw a few bees emerging and they created a supersede cell (they were making an emergency queen).

We checked back and the emergency queen had hatched but was nowhere to be found, there were no eggs still, less brood and bees.  We had to step in. We purchased a mated queen from the beekeeper who we bought the original bees from.  I installed her on Thursday and we'll check tomorrow to see if she's out of her cage and going about her queenly business.


Ready for some pictures of our bee-scapades? Behold!


And that my friends, is the end of the hive tour.  I'll take some pictures when we go out to check on Matilda and her brood!
Posted by Poppy at 12:40 PM No comments: